WIth production offices in Kenya Africa and Los Angeles, we are a high quality film production company creating and delivering full productions, content and related services for networks like National Geographic, BBC, ABC Family, Discovery and Independent Dramatic Film. Our original productions range from ethnographic and wildlife documentary to dramatic independent feature film, with an emphasis on films shot in or about East Africa.

Current News: Lion Warriors has been nominated in the Jackson Hole Wildlife Film Festival 2011 for Best People and Nature program. We are very pleased and excited to be included in the top internationally recognized festival for wildlife and natural history. We work with a lot of talented people who contributed to Lion Warriors, all of whom we could not have done without. Thank you to you all.

Kire Godal recently spent time filming the "Gorilla Diaries" for UNEP. The project was funded by and created for the United Nations Environmental Programme to bring attention to environmental issues facing wildlife and humans both. This particular project was focused on the mountain gorillas. Short clips from the "Gorilla Diaries" can be found at: http://vimeo.com/kiregodalfilms

OGP is also currently working on a new film. Details to be released soon. 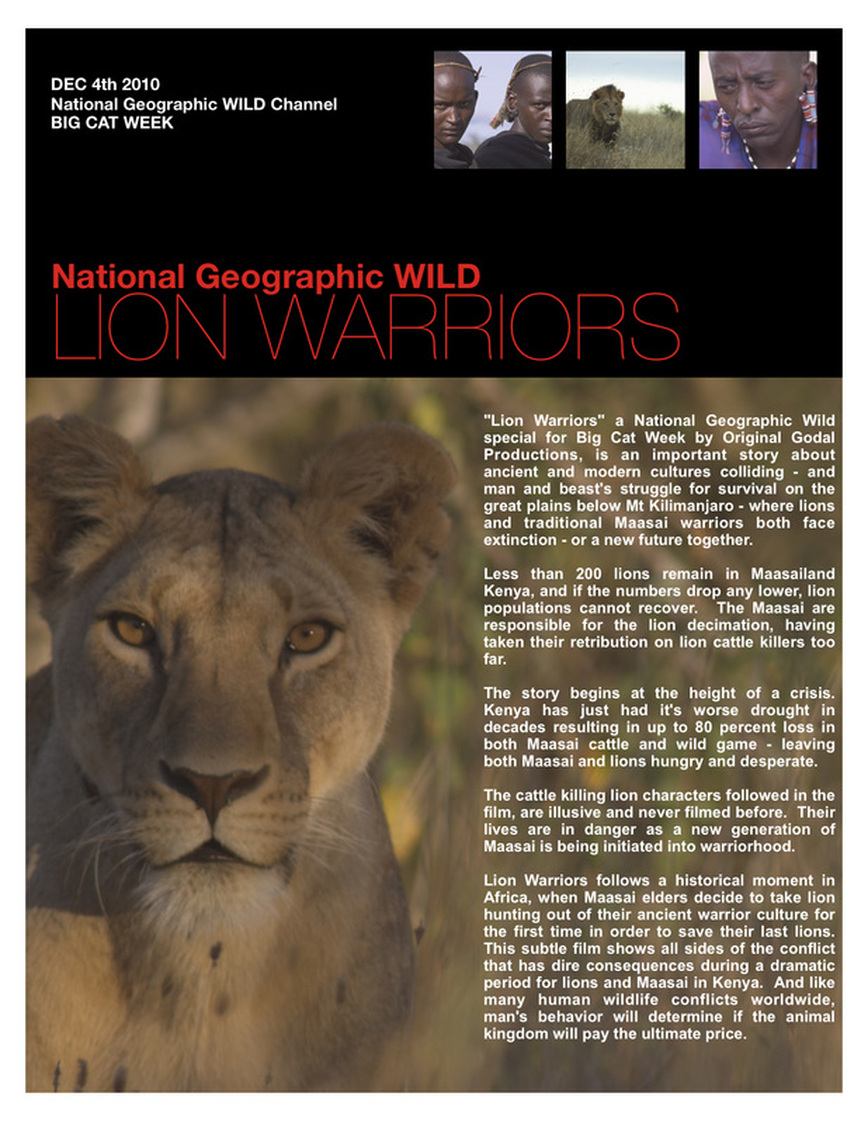